When it comes to recognition for achievements in business, no award sits higher in the greater Cincinnati and northern Kentucky region than to be named a Hall of Fame laureate. Receiving this high honor distinguishes those who have done more than simply operate with “business as usual” and instead have made an impact that goes beyond their respective fields, improving their greater communities through their leadership. This year, amongst the select few recognized was John W. Hayden, a fixture in the Cincinnati business community for his work at the Midland Company and who currently serves on the board of directors of several companies including Hauser Private Equity.

Created in 1991, the Business Hall of Fame has sought to acknowledge the history of entrepreneurship and business excellence in the greater Cincinnati area. The award is bestowed by Junior Achievement of OKI Partners, Inc. in cooperation with Cincinnati Museum Center. A video record of each laureate’s achievements is produced for presentation at the Hall of Fame induction ceremony and archived at the Cincinnati Museum Center who are dedicated to documenting preserving the rich history of the Cincinnati community, and the induction ceremony event benefits Junior Achievement of OKI Partners, Inc., enabling them to carry out their mission to empower young people to own their economic success. Today as it inducts its 27th class, it has become the region’s most rigorously vetted and prestigious business award.

The laureates are selected each year by an elite committee of local business leaders. The committee searches for candidates who have pioneered within their industries, their leadership skills helping them accomplish the height of success personally and for the businesses they lead. Laureates are selected for their business leadership and entrepreneurial vision, with their accomplishments having helped create an organization that has strength and sustainability, leaving a lasting mark on the business landscape.

There are three specific categories that the committee considers leaders in: pioneers whose contributions are a critical part of the business history of the Cincinnati community; those whose work has set a higher standard within their industry as a whole and have since successfully passed the baton to the next generation of leadership; and current leaders who have created results that are positioning their visionary companies for the future.

Regardless of the sector they come from or duration of time they spent in a role, the individuals selected for the Greater Cincinnati Business Hall of Fame are recognized as having made an impact on the face of business both in Cincinnati and beyond it. In doing so they have influenced the lives of millions, whether directly through employment or through the ripple effect of their organization’s work. Their selection reflects their hard work, grit and willingness to accept risk. Laureates are most often selected after they have retired from the day-to-day operations of their business, and by tradition at least one laureate in each class is honored posthumously.

John Hayden’s prolific career spanning nearly three decades with The Midland Company makes him a well-deserved recipient of the award. Mr. Hayden’s career at the insurance company began in underwriting, before he transitioned to working in product design and pricing. From there he moved into sales and then sales management and through perseverance and hard work eventually became the company’s president and chief executive officer.

Holding the position for thirteen years, Mr. Hayden’s unique perspective as a result of working his way up through the ranks of the company allowed him to have a holistic view of the organization that was pivotal to its success. The Midland Company’s market capitalization grew from $180 million to $1.35 billion, a compound annual rate of 22 percent. The company’s revenues expanded from $375 million to nearly $1.2 billion, its assets grew from $760 million to $1.7 billion and its pre-tax profits grew from $35 million to $120 million. He also served as president and chief executive officer of American Modern Insurance Group, the company’s wholly-owned special property/casualty insurance company.

Mr. Hayden retired from The Midland Company in 2010, but has remained active in the business community of Cincinnati. He is a board director at Hauser Private Equity, a hybrid private equity fund manager based in Cincinnati. Hauser Private Equity seeks to directly co-invest alongside funds that have strategic investment models which add operating leadership to the companies within their portfolios. The company seeks out teams with a track record of investing together and funds that place a specific focus on operations, which allows them to create clearly defined target strategies and add value. They also consider a history of successful exits as a desirable quality in co-investors, and do not invest in venture capital, real estate or emerging technology.

In addition to serving on the board of directors for Hauser Private Equity, he leads CJH Consulting, and is on the board of directors of the E.W. Scripps Company and Ohio National Financial Services. He is also on the executive committee of CincyTech USA. He earned his undergraduate degree from Northwestern University in Evanston, Illinois and graduated with a masters in business administration from Miami University in Oxford, Ohio.

Although originally scheduled for October 7th, the induction ceremony has since been moved to March 22nd in the new year. Cincinnati is a city with a vibrant business community, a feat only made possible by those leaders who push their organizations to new heights. John Hayden has shown his commitment to this community through his years of stellar work at The Midland Organization and continued involvement in business such as Hauser Private Equity. 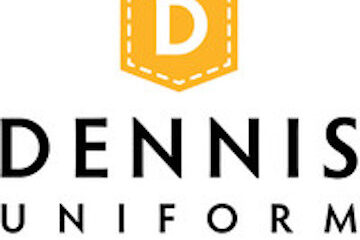